I’ll Play The Blues For You

Music is used to express emotions and feelings. One genre which expresses this perfectly is the blues. 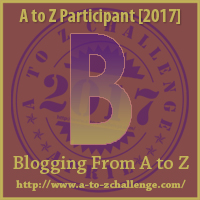 Originally started by African- Americans in the late 19th Century, this genre has been adopted, tweaked and stylized by a number of artists, each with his/ her own distinct style over the years. Such, has given rise to a number of sub- genres like the delta blues, blues rock, Chicago blues, etc.

While (from what I’ve read online) the word ‘blues’ is actually derived from the phrase ‘blue devils’ (which means sadness, depression or melancholy), the colour blue denotes calmness, tranquility, sadness and order. While the music gives out the above, it also gives some power packed excitement. (In some places, blue is used to refer to a lack of emotion, which I somehow disagree with. How does a colour let you feel calm and secure and the same time emotionless). The differences between the sad, emotional songs (first video) and power- packed, exciting ones (second video) can even be seen in different songs by the same artist.

4 responses to “I’ll Play The Blues For You”